Summit is a mid-length, multi-stranded Twine game with visual effects and a soundtrack. (If you play, I strongly recommend making sure that you’re in a position to play with the sound on — it really is not the same experience without.) It tells a surreal fantasy parable in a world rather reminiscent of Porpentine’s work. 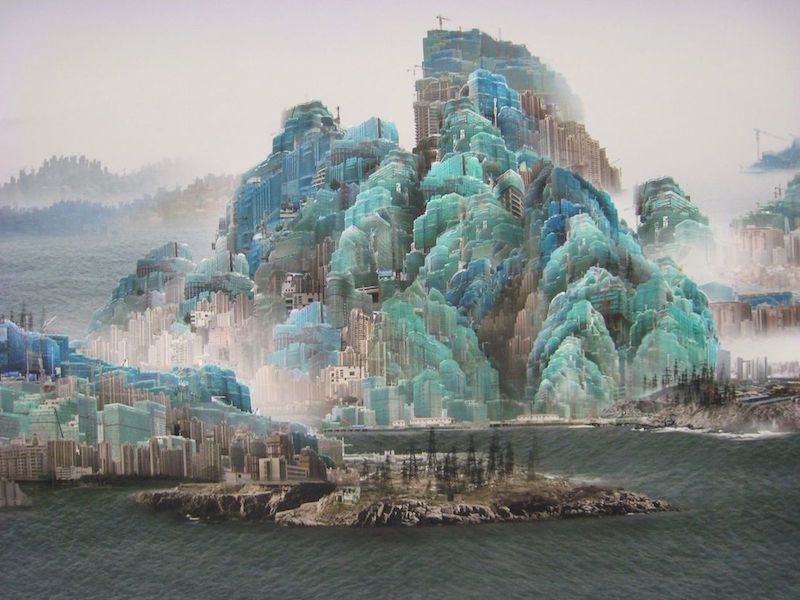 Phantom Williams’ Summit tells of a pilgrimage towards a mysterious summit — always desired, never attained. On the way there, you may pass through many other places, all fantastical: a city where performance artists interpret the work of computers, a canyon that may have housed an ancient tribe of people, an underground university. In this land, every person has a fishstomach full of fish, and periodically they remove one of the fish and swallow it. Inside, the fish consumes some of one’s organs. It is impossible to go permanently without eating fish, and also impossible to live forever with the destruction that fish cause.

In this culture there are stories of people who managed, once upon a time, to live without fish. It is not clear whether those people actually existed. Fish are connected with mortality and the shackles of a physical existence.

All this is set against a background of dreamlike music. At first it is desolate, like a whistling wind, but it becomes more melodic in time.

Reaching the summit is supposed to make your fish go away, remove your fishstomach and alleviate your need for fish. Perhaps this means immortality or perhaps it indicates a state of enlightenment.

The bone cathedrals, the stomachfish, the sudden and surprising leaps of time, the long and mystical journey, the NPC companions who can sometimes appear for part of the pilgrimage: all these feel like they belong to the tradition of Porpentine. Likewise, the passages of text that are just a single word or a short phrase long; the links connected to a single punctuation mark; the use of varying background colors; the application of symbols that are never explained but that nevertheless come to convey certain meaning through acclimation.

At the same time, Summit is less sharp than any Porpentine game I have played. The worldview is more wistful and less bitter. Sometimes the language allows itself to be vague. There is less slime and fewer instances of chitin. Sometimes the paragraphs run longer.

By suggesting this connection, I don’t mean a criticism of either author, or to suggest that Summit is purely derivative.

The aesthetic of the summit surrounded by clouds reminded me frequently of classical Chinese paintings, of landscapes full of detail viewed from a long way off.

I played Summit once and found it contemplative and pleasurable. I played it again and enjoyed it again but saw very different text. There is more content here than might initially be obvious: you can end up in many different places, dedicating yourself to many different goals.