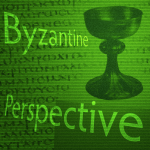 As has been my practice for the last few years, I’ve set my RSS feed to truncate entries so that I can post reviews without spoilerage. Within an entry, there is a short, spoilerless discussion (though the comp purists may want to avoid reading even that before playing for themselves); then spoiler space; then a more detailed discussion of what I thought did and didn’t work in the game.

I’m also pursuing an approach I came up with last year: I’m playing and reviewing games that have listed beta-testers, and skipping those that don’t. Last year that turned out to be a pretty fool-proof indicator of which games were going to end up scoring 4 or less on my personal scale. I’m hoping this will mean I have more time to devote to the remaining games, which in turn will (I hope) be of higher quality, and you, dear reader, will have fewer rants inflicted on you.

You too can play it if you download the comp games, or even try it online.

A brief but cool heist game with some nice polish, including cover art and a sweet feelie. The feelie is really really useful to solving it, incidentally.

The concept of “Byzantine perspective” is not one I’d heard of before, but it’s cool and the title fits the game very pleasingly.

I don’t have a huge amount to say about this because it has one essential concept, executes it well, and then ends. It’s pretty easy, but I felt pleased with myself when I worked out what was going on. I also enjoyed the setting and the fact that my protagonist reads Greek. My only nitpicks are small nitpicks: I would’ve liked a bit more description of the things in the museum, maybe, and I think lacquerwork is misspelled on the feelie. And I feel like a jerk even pointing that out, because I really like the feelie.

It’s tiny, but it’s well constructed and the solution is satisfying and novel. So yay.

ETA, after reading other reviews: it looks like a lot of people didn’t get this, and therefore didn’t like it as much. That’s really a pity, because the main puzzle was very satisfying to solve and would have been a lot less fun if solved with a walkthrough.

I’m not sure what made the difference for me. Some of the reviewers complain that the game seemed buggy to them, but there were quite a few bits in the text that seemed to be emphasizing that All is Not as it Seems and that this was On Purpose. Between that and the feelie I felt sure the author intended the effect I was experiencing, and I was happy to keep exploring it until I understood.