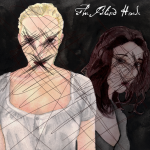 As has been my practice for the last few years, I’ve set my RSS feed to truncate entries so that I can post reviews without spoilerage. Within an entry, there is a short, spoilerless discussion (though the comp purists may want to avoid reading even that before playing for themselves); then spoiler space; then a more detailed discussion of what I thought did and didn’t work in the game.

I’m also pursuing an approach I came up with a couple of years ago: I’m playing and reviewing games that have listed beta-testers, and skipping those that don’t. In 2008 that turned out to be a pretty fool-proof indicator of which games were going to end up scoring 4 or less on my personal scale, and it made my reviewing process a happier one in 2009, so I’m sticking with it. I’m hoping this will mean I have more time to devote to the remaining games, which in turn will (I hope) be of higher quality, and you, dear reader, will have fewer rants inflicted on you.

Next up: The Blind House.

This is well-constructed and rather creepy, but sufficiently odd that describing even in general terms what it’s about would be a bit of a spoiler. I think it has some flaws, but it still scores fairly strongly.

This game does a lot of Shade-like moments, where you’re doing something to the environment and you think you understand what the interaction meant, and then you come back a little while later and realize that it was something else, what you were doing isn’t what you thought you were doing, and reality has skittered sideways while you weren’t looking. I thought that was pretty effective a lot of the time (especially with the hair dye, when the meaning of the event wasn’t clear to me until much later). During the course of play I was constantly coming up with odd other theories about what was happening. Marissa and I were actually one person. I was already dead. I was Estelle. I didn’t actually exist.

If the point was to generate a bit of that sensation of being a little mad, it did a great job.

On that note, I originally had some reservations about the room descriptions, which were fussily precise about where everything in the room was and how it was oriented, and the room-layout maps, which initially seemed stylishly drawn but irrelevant. But it soon became obvious that these things did matter a little, as in the case of the brick wall that I wanted to see through. More than that, the emphasis on physical precision felt like my protagonist’s desperate attempt to nail everything down and make it make sense, to organize the world in a very objective way. It doesn’t work for her, of course.

I also felt, a little, that the game relied too much on keys and similar tricks; but I’m not sure how else it might have gated this same content, and the creeping unease I felt early in the game about how much I was violating Marissa’s space and hospitality was quite effective. Behaving in a “normal” IF adventurer way was, within the context of the fiction, behaving in a completely creepy and unacceptable way.

The downside is that, even having finished the game, I’m not completely certain I understand exactly what “really” happened.

My character is clearly insane, obsessed with Marissa, acting out in bizarre ways, etc.; regards Estelle as a threat. But this business about me having killed someone: it was myself I attacked, right? Or was it some other woman that I’d become obsessed with? Maybe another ending would have more information, but I wasn’t sure where even to start looking to get a different outcome than the one I got. (I never used the superglue for anything, though. Perhaps that was important, but the game never let me put it on any of the things where I thought it might matter.)

So I wish I understood better, or came away feeling like I had all the clues, at least, to potentially understanding it.