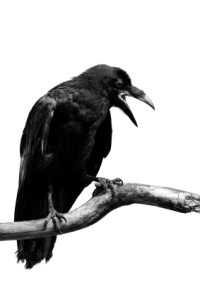 Some thoughts on Introcomp 2011 entry Speculative Fiction after the cut.

Spoilers begin partway through, and are marked.

Also, as a reminder: there are two more days to play and vote on Introcomp games, so if you were considering doing this also, now would be a great time to do so. Signing up for the voting database is easy, and if you’ve voted in an IF comp before, you should already have an entry in the system.

This is fairly polished, it’s got one silly but essentially fair puzzle that I haven’t seen elsewhere before, and it puts a bit of a twist on the traditional narrator/protagonist relationship. What it most reminded me of was Risorgimento Represso, though I can also understand why other reviewers mentioned Augmented Fourth. Maybe a little Tookie’s Song too. Those qualities by themselves are enough to make it above-average in terms of construction, and I’m sure a number of people would enjoy it.

That said, it doesn’t really hit the sweet spot for me. It frames itself as comedy, but it’s the kind of comedy that is good-natured and upbeat without making me laugh. There were some good lines here and there, and an endearing hedgehog. But, overall, Speculative Fiction lacks the edge that comedy has to have to really work. And I can’t quite decide what it’s meant to be about.

Mostly I felt as though I was wandering through the land of a child’s drawing, all bright colors and exaggerated lines and cartoonized clichés. For example, here’s the description of the castle:

The gate’s closed, which is a pity since we could probably steal a lot of nice stuff if we could get into the throne room or the king’s bedroom. But the castle’s on lockdown while the treasurer tries to figure out where the king’s wandered off to, and I’m not going to attempt to peck my way through the giant wooden doors.

Harmless; we end on the very mildly comic image of the raven protagonist channeling his woodpecker cousins. But the mild comedy has nowhere to go, really, because it’s not that witty a notion by itself and it doesn’t make any especially telling observations or point to any ongoing themes that we’re invested in. And then the rest of the description — well, it’s not a description that matches any actual castle of history (“on lockdown”? really?) but uses a very thin stereotyped fantasy veneer over essentially modern constructs. It goes on that way, from the brightly-colored cartoony insurance fraud to the shiny punny stock market, with none of the dirt and dung-smell of an actual medieval setting, and none of the sharpness or the player expectations of a modern one.

That can work if the point is satirizing the modern institutions (Adventurer’s Consumer Guide does a bit of this), and heaven knows there’s plenty about modern financial institutions that could be the butt of vicious kicking and/or insightful critique. The title can be read that way, and the subtitle is suggestive: “Beginner’s Lessons from “The Big Book of Financial Crimes”.” So is the opening premise, namely that the wizard is in trouble for having filled the state’s coffers with a heaping pile of fake money.

But I don’t feel like the game fully commits to that agenda. The first puzzle could be understood like the parable pieces out of The Chinese Room: “Kids, today we’re going to learn about moral hazard.” But what the raven does in this passage is more about ruthless opportunism than about intentionally setting up insurance fraud in advance, and the narrative treats the puzzle solution as a bit of story rather than focusing on its implications. And the implications are the more interesting part.

Meanwhile there are some bits that only really make sense from the “it’s a story” perspective:

>x tapestry
It’s a garish sight. I’m usually all over things with more than thirty colors, but none of these even go together. I don’t think humans are supposed to be that shade of orange. I think the blue blobby thing is meant to be a unicorn, but that’s a wild guess.

The tapestry was probably made by the late queen. I’ve heard stories about her prolific and, er, unique talent. I’m sure the old guy couldn’t bear to throw it out, and nobody else could bear to look at it. There’s a wobbly inscription woven into the corner.

>read inscription
“To my beloved on our twenty-fifth wedding anniversary. May our love always be as eternal as the flowing fountain.”

That’s a fountain? I guess this was made by the queen. Aw, that’s so sad. I mean, she had no taste, but they say the old guy really loved her and went mad with grief after she died. I guess that was good for us, with you getting the job here and him never caring what you did.

What’s the point of this bit? The joke that the queen was a terrible incompetent at the art of tapestry is weakly told; we’ve got three stabs at being funny that undercut each other (“…more than thirty colors… humans that shade of orange… blue blobby thing is meant to be a unicorn…”), and cumulatively they’re less amusing than one of those sentences would be by itself. The tapestry doesn’t hide anything and can’t be used for anything (as far as I saw) so it has no functional role to play as a puzzle. There is a piece of exposition — that the old king went mad and that’s why the wizard got away with whatever he wanted — but this implies a level of commitment to the story qua story that isn’t really supported elsewhere. Who cares about the queen? Does she matter anywhere else in the game? Do we ever, elsewhere, care about explaining the motives of people in this world? (If so, where are the guys who own the cottage and the barn?)

So the business with the tapestry clashes with the interpretation of Speculative Fiction as a satire/educational piece on economics, and it occurs early enough in the game to set up the player expectation that what they’re playing is a not-very-sharp comedy story. It’s not the only element of this sort.

The questions I ask myself when reviewing something are

(a) how well does this accomplish what it’s trying to do; and
(b) is that thing worth doing.

…and I’m going back and forth on this game as I think about it. If it’s trying to be a light puzzle romp in a generic fantasy setting with very mild jokes, then it succeeds (a+) but I’m lukewarm about the concept (b-). That game sounds tepidly entertaining but ultimately quite forgettable.

If, as the subtitle suggests, it’s meant to be a puzzle-based guided tour of ways to misuse financial instruments, defraud the public, and generally cause economic mayhem, then I’m considerably more interested (b+), but I think the execution really conceals its potential virtues (a-). In that case, I think the authors need to spend some time thinking about whether they’re writing satire or an educational piece or something that’s a bit of both. If educational, then The Chinese Room is actually not a bad example of how to approach things, in that it introduces concepts via the puzzles and then backs them with supplementary materials if you want to know more. If satirical, then it needs to be, in the words of the hedgehog, pointier.