The 21st annual Interactive Fiction Competition is currently on, through mid-November. Voting is open to the general public; the only prerequisite is that you not be an author, not vote on games that you tested, and submit votes on at least five games. 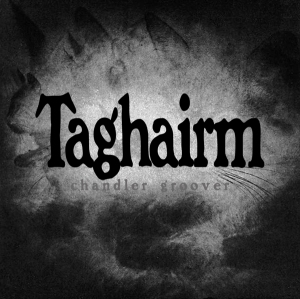 This year I’m reviewing things that I can generally recommend. On this particular post, I want to bracket that a little bit: Taghairm has violence and cruelty content warnings, for good reason. It may not be for everyone. It arguably wasn’t really for me. But I think what it’s doing is interesting and want to talk about it anyhow. This clears the bar for “worthwhile” in my view.

This is a piece that took me a few minutes to play to the ending that I reached. There is another ending that takes longer; I did not get to that ending.

Taghairm is what I consider a complicity tester. It tells a story about an actual, historical magic spell (historical in the sense that at least a few people attempted to perform it). The spell involves roasting a large number of cats to death, something that you as protagonist are invited to do. This action is accompanied with description and sound effects. It’s a somewhat ritualized description, but if you have a vivid imagination or have ever cared for a cat yourself, you may find it unpleasant anyway.

As the protagonist, you can refrain from killing any of the cats yourself, though this leads to a quick ending, and you can’t keep your companion away from the path of cat-slaughter. That is what I did. I tried playing again to experience the full cat-killing path, but gave up before I reached the second ending.

So I did not enjoy playing this, to say the least, and I can imagine that a lot of other people will not want to play it either. And at first I wasn’t quite sure whether to read it as a serious entry or as an attempt to troll the judges by providing an experience that most of them were likely to find distasteful. At the same time, it was a competent and polished piece from an author with a track record of writing interesting stuff, so I didn’t want to jump to the most uncharitable conclusion. We discussed it, and it was clear that the intention wasn’t to troll.

I think there is a point, sometimes, to games that are too upsetting for anyone to want to play them very deeply. I frequently talk about Rendition as an extreme point on this spectrum: it is a game about torturing a prisoner during interrogation, one which I quit almost immediately but which left me feeling freshly convicted for not doing more to protest US foreign policy at the time.

Taghairm didn’t work quite the same way for me, for two reasons. One: I don’t roast cats, support people who roast cats, belong to a cat-roasting society, or participate in a democracy that tacitly condones cat-roastery. So instead of thinking, “uh oh, am I complicit in something like this in reality even though I deplore it too much to even explore it in a video game?”, I was mostly thinking, “Eeeagh.” I’m not claiming the moral high ground here — there are lots of ways in which the US and the UK treat animals badly, and I’m not a vegetarian. But the specifics of animal cruelty here were too far from anything I have on my conscience to cause me any pangs.

Two: stakes. The protagonist presumably has a reason to want to cast this spell, but the story doesn’t really let us in on what it was. Rendition didn’t really need to set up the stakes, because we all know what the notional stakes are in this situation — preventing another terror attack — even though in practice torture is useless at this function, in addition to being evil. In Taghairm we don’t see (at least at the beginning) anything about the protagonist’s justification for what they’re doing. My impression is that the author wanted to explore the mindset that might be involved in an act of prolonged cruelty like this one, but I wasn’t feeling whatever initial determination the protagonist might have felt.

So instead the experience I had was to play very briefly, refusing to kill any cats myself, and then rapidly reaching the ending about how this spell is a real historical thing: more of a vignette than a short story. At that point my reaction wasn’t so much “wow, humans are sure awful” as “hm, more supporting evidence for The Better Angels of Our Nature

?” Because while I realize there are still people who sadistically torture innocent beings, the broad social acceptance has decreased quite a lot — Better Angels actually spends some time talking about medieval animal torture-for-sport, and how that’s become less and less permissible over time.

I can also imagine how some people might detach completely from trying to empathize with this scene and just find it darkly, grotesquely funny, as the cat yowl noises lose their sense of horror over multiple iterations. That might lead to a longer play of the game but at the same time it might also be missing the intended experience. I’m not sure.

The list of games that intentionally test my willingness to play to the breaking point is not huge. I don’t (obviously) have fun with this kind of thing or especially want to see it take over as a dominant mode of expression, but it provides some interesting data.

For an account of a rather different experience of the game, you may also want to check out this review on Wade’s Important Astrolab.

One thought on “IF Comp 2015: Taghairm (Chandler Groover)”