February 17, the London IF Meetup is doing a Saturday afternoon workshop on using ink and Unity together. This is one of the best methods for creating professional-looking standalone IF applications, and we’ll help you get started with the tools you need.

February 21 is the next meetup of the People’s Republic of IF, in Cambridge MA.

March 1 is the deadline to register if you intend to enter Spring Thing 2018; April 1 is the date to actually submit the games themselves. Spring Thing is the second largest annual IF competition, and runs on slightly different terms than IF Comp in the fall. Among other things, there is usually an option to submit experimental, unfinished, or unusual works in the “Back Garden,” meaning that they are distributed but not ranked or given prizes. It’s a great way to get involved without the actual competition part, which isn’t ideal for all authors or all works.

March 3 is the next meetup of the SF Bay IF Meetup group.

March 5, there is a reading of procedural literature at the Harvard Book Store (Cambridge, MA) with Nick Montfort, John Cayley, Liza Daly, and Allison Parrish, at 7pm.

March 7, Oxford/London IF Meetup hears from Greg Buchanan on writing for games from IF and indie to AAA projects.

The Opening Up Digital Fiction competition runs through March 15, 2018. (Previously announced as February.) It offers cash prizes and the possibility of future publication.

March 17, Queer Code London holds a workshop on graphical uses of Twine (co-sponsored by the Oxford/London IF Meetup).

March 20, Sunderland Creative Writing Festival offers a workshop on writing choose your own ending stories (looks like it’s focused on craft and choice design, and might be non-digital).

I will be at GDC March 19-23, speaking at the AI Summit and present at the Spirit AI expo floor booth.

Bruno Dias writes about controlling scope in your game.

Joey Jones has a manifesto on puzzle design and incorporating puzzles effectively into narrative. 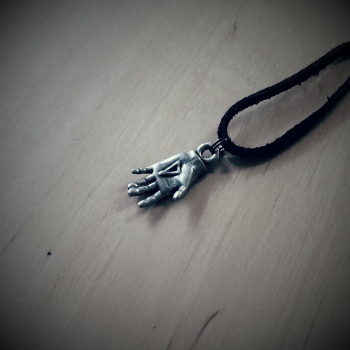 Mike Gentry’s 1998 classic Anchorhead is now available in an updated, illustrated version on Steam and Itch, with some new puzzles. Bruno Dias writes about the release for PC Gamer. Mike is even doing a new batch of feelies for the game, including the nifty pewter charm (shown), and a map of the town. A word of warning about this: apparently the contents of the game have changed just enough that walkthroughs for the original version may be unhelpful. But if you want to get hints, you may be able to find help from the good people on the intfiction forum.

God of War: A Call from the Wild is a Facebook Messenger IF piece designed as a tie-in for the next game in the God of War series.

A Case of Distrust is a 1920s mystery game, available on Steam. It’s mostly text in an inkle-ish style (I wouldn’t be surprised if it’s using ink behind the scenes), combined with an evidence inventory (where you can gather information to ask NPCs about later) and silhouette-rich location images. I haven’t finished yet, but the design is elegant, and the ability to show any of your evidence to any character gives it a richness that at times feels more parser-like than choice-like. (And at least in some cases, there are interesting easter eggs and hints about personality when you show someone evidence that doesn’t advance the case but does have personal relevance to them.)

Good Society is an Austen-themed tabletop RPG currently in fundraising. (The Kickstarter includes a “hardship” reward level that makes the game available at a reduced price for people with less spare money to contribute.)

(Previous Regency and Austen games have been covered on this blog here. And I’ve written about Austen’s influence on Versu as well.)

Murder in the Mail is an object-based mystery where physical items are mailed to your house. There are a number of writers involved in the project, and the whole is curated by the prolific Felicity Banks.

Over here is a procedural fantasy map generator, and a blog that explains from the ground up how it is being developed. I like the world forms more than I like the location naming, personally. (Though for procedurally generated languages, see Vulgar, which continues to evolve since the last time I linked it here.)

One thought on “Mid-February Link Assortment”