January 5 was mentioned in the previous roundup as the next SF/Bay IF meetup but that event has been canceled. 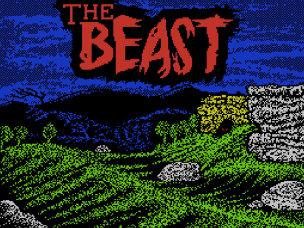 In 1988, Linda Doughty wrote the English countryside mystery The Beast of Torrack Moor, a text-adventure for the ZX Spectrum.  As of December 19, Chris Ainsley has made the game accessible for play online under the title The Beast of Torrack Moor: 30th Anniversary Edition.  This version features some new artwork by Andy Green, as well as the option for the player to customize certain features that may be nostalgic to some but unusual for others (do you want to hear classic ‘blip’ sound effects, or do you want those off?  You decide!)  In addition to the striking attention to detail, the link also offers a wealth of interesting information for those curious about the history of The Beast and its 1980’s/90’s text-adventure contemporaries.

Bury Me, My Love will be available on Nintendo Switch and Steam in mid-January 2019.

Also, upcoming: interactive film company Eko is bringing out Timeline, a project on which I did some consulting, and there is now a teaser available. 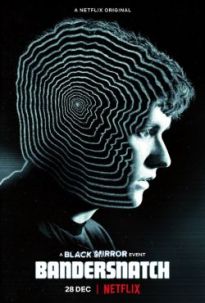 On Dec. 28, Netflix aired the interactive film “Bandersnatch” as a part of its hit science fiction anthology Black Mirror.  Netflix has experimented with choice-based narrative in children’s programming before, but this stand-alone installment of Black Mirror was more ambitious.  The treatment was written and tested using Twine, and its production proved sufficiently challenging that the show’s fifth season had to be pushed back as a result.  But was the story a success? Hamlet on the Holodeck author Janet H. Murray has posted her thoughts on Twitter, while Tim Goodman of The Hollywood Reporter has his own take here. (I have not had a chance to play it myself, and also have not seen the authoring tool they ultimately built, so I’m afraid these second-hand insights are all I can offer here.)

And here are a few other articles of interest as the year comes to a close:

Bruno Dias discussing Where the Water Tastes Like Wine (to which we both contributed) as well as other examples of anthologies in interactive fiction.

Dietrich Squinkifer with an end-of-year review of unfinished projects from 2018.

Dan Hett, on why it’s important for games to tell the truth.

And this, unrelated to anything IF, but cool.