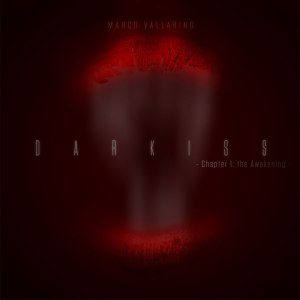 This time, Lucian Smith talks about his take on the Italian vampire puzzler Darkiss.

As part of Emily Short’s Review the IF Comp series, I was asked to review ‘Darkiss’, by Marco Vallarino. It was a solid game, with some good writing and some good puzzles. It left me a little cold in the end, perhaps because it seemed like it kept jumping between the story it was telling and the puzzles it was presenting, never quite cohering into a single game. I kept a transcript of my playthrough, should that be of interest to anyone—commentary I had while playing the game I entered in [brackets].

An overview of the basics: it is the English translation of an Italian game about a vampire. The translation is pretty solid, with the occasional lapse into non-idiomatic expressions or incorrect verb tenses, but nothing serious, and everything is perfectly understandable. And in fact I liked the one mis-translation I found: ‘condamned’ instead of ‘condemned’ has a nice eggcorn ring to it, especially in context. The game is very solidly implemented, too: it was responsive to a variety of reasonable inputs, had few undescribed or underimplemented items, and was pretty solid in what I like to call ‘working non-solutions’: giving responses to attempted puzzle solutions which do not actually solve the puzzle, but which acknowledge that it understands what you’re trying to do, and might even give you a nudge in the right direction.

Where things started going sideways for me was tone. Some of the passages I found engaging, but others I found distancing, and I’m kind of hard pressed to say where this comes from, since there are any number of options. It could be my own personal foibles; it could be the author’s sensibilities; it could be aspects of the text that were introduced as part of the translation. Here’s an example from the beginning of the game that didn’t quite work for me, as evidenced by my comment afterwards:

>x fresco
Painted on the ceiling shines the red sun of Valmar that lights up the dark nights of vampires like you with its eight evil rays.

On the other hand, we have this not much later:

>x coffin
A deeper examination of the coffin reveals that it is the place in which your latest lover rested. A graceful girl named Sabrina, with whom you spent exquisitely pleasant moments, slowly sucking her veins dry while she waited for the dark gift that would make her eternally young and beautiful.

But you enjoyed drinking her sweet blood too much to decide to turn her into a vampire. Every day you ordered your minions to take care of her, making her recover the energy lost during the past night with banquets and transfusions, so that you could drink again at the delicious spring of her jugular, when the sun set. In order to make her available at all times, you had even brought her to your hideout, hosting her in this wooden coffin that you decorated yourself so beautifully.

Who knows if she managed to escape the fury of your persecutors. However, the fact that the coffin lid, usually open, has been closed and firmly nailed down doesn’t bode well.

>[OK, that is genuinely creepy.]

The whole game was like that for me—parts that didn’t quite work for me, or felt too over-the-top, contrasting with parts that felt appropriately creepy. I’m sure part of this is simply due to personal taste, but I do feel like some parts were lost in translation.

In parallel with the tone are the puzzles. Most of the puzzles were logical enough, and all of them were nicely tied to the environment: none felt tacked on or out of place. However, many of them involved setting up problems that were entirely unconnected to their solutions: you’d find an obstacle, see no obvious solution, wander around the map doing reasonable things, and suddenly an action you performed would solve the obstacle. This happened so often and with such frequency that I rarely got the feeling that I was solving puzzles as I moved through the game; rather that I was playing around watching puzzles be solved. This didn’t completely rob the puzzles of their efficacy in the game: there was still the satisfaction to be found in seeing the puzzle be solved, and the resultant ability (more often than not) to explore new areas. But it did rob the puzzles of their intent phase: the part where the player sees an obstacle, formulates a plan to overcome it, and then executes it.

There was one notable exception to this, and I’ll try to describe it without spoilers: when trying to get past the north door, I had a plan, tried it, and it didn’t work. “What?” I thought, “That can’t be right!” and immediately re-performed one of the actions I had done earlier, to verify that the information I had recorded was correct—wereupon I got new information! That set me on a path to solving the puzzle. If you read my transcript for that part, you’ll see my comments as ‘sheesh’ and then ‘That… was kind of weird.’ But in retrospect, that was one of the most satisfying puzzles of the game for me.

The other thing about the puzzles that served to slightly pull me out of the story was how different they were from the tone of the piece. The story as told in the writing and descriptions is of an ancient vampire, raised to life again, gathering his strength to wreak havoc on the countryside. The story as told in puzzles is of a bumbling, somewhat senile vampire who can’t remember his own combination lock, accidentally summoning the fires of hell as a convenient way to light a torch. Technically the same thing, but tonally much, much different. Again: each piece was reasonably written and implemented, and I didn’t regret the time I spent on the game, but the incoherence was noticeable.

One thought on “IF Comp 2015 Guest Post: Lucian Smith on Darkiss”