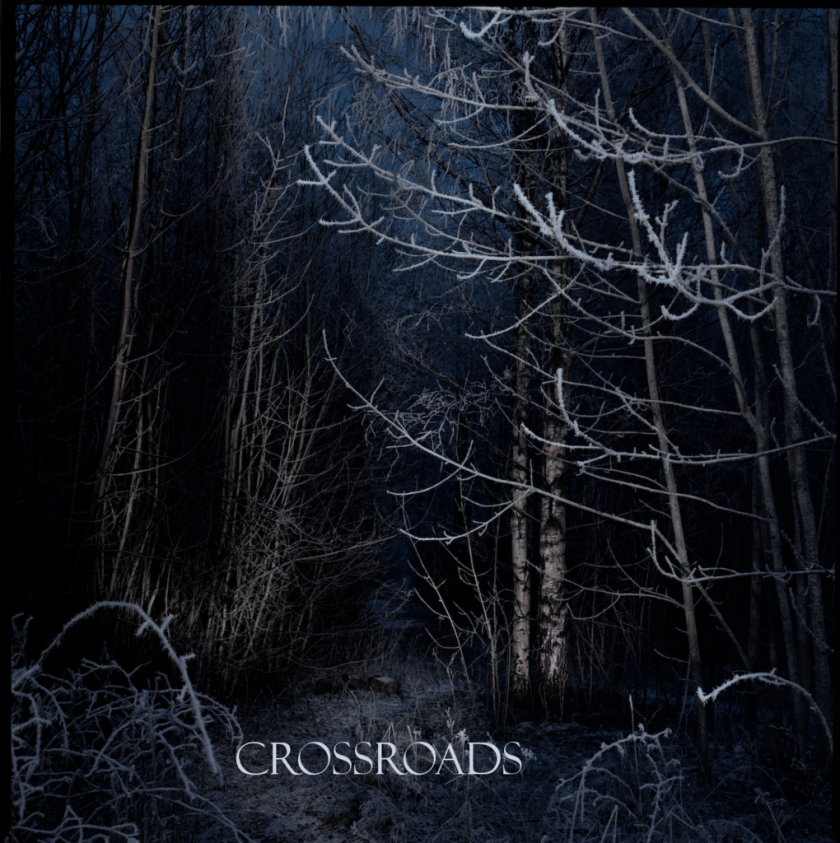 Our reviewer this time is J.J. Gadd. Her five-book Lunation Series utilizes hyperlinks to create a choose-your own adventure style experience for readers, allowing them to choose between travelling with one character or another at various points in the narrative. Out now through Harper Voyager. www.lunationseries.com

Of course you do; everyone wants something.

So Crossroads begins, with a hook that propelled me into the story with a strong sense of self-awareness from the outset. And that was the creator’s intention: to explore the self – it’s a “short psychological game about self-knowledge and its price”.

This short Twine game has a good level of metaphoric and literal complexity to the choices and paths offered. (At least to me – I’m new to this branch of IF but a fan of CYOA type stories in general.) Two plays took me 40 minutes, and I was glad I played again as I enjoyed the second version more than the first.

Crossroads takes questions about the meaning of life and uses simple metaphoric vehicles to allow the reader/player to explore them more deeply – a path through the woods, a pond that serves as a mirror – both take the protagonist deeper into a journey of self exploration.

The protagonist seeks out a witch, knowing the price will be death. On the one hand the fact that you never quite know the protagonist’s reason for seeking out the witch helps you identify with them and immerse yourself in the game. On the other, I sometimes felt as though I needed a stronger understanding of the reason for asking, this could have strengthened the overall narrative arc.

At first I found myself hesitating over choices, really giving thought to which choice I would make, but the longer I played the more quickly I chose and therefore the more swiftly and naturally the game progressed. Making these decisions along the way made me feel immersed in the story in a way I really enjoyed. I also identified with the protagonist’s frank, familiar, slightly mocking tone.

I also liked the creator’s use of delay in sentences appearing. This was a subtle manipulation of pace that made me stop and really consider the words rather than speed reading as I occasionally found myself doing. The simple act of changing an adjective in a sentence had the same affect, making me feel like a genuine participant in the story:

“That exhaustion/desperation/determination/fear you’d felt earlier, that brought you here, comes crashing back down on you”.

The second play for me was the best – the first left me a little cold, as though the narrative had tried to address meaningful questions but just skated around the edges. But in the second play I encountered a lovely and simple device where the player caused the protagonist to breathe In. then Out. by clicking on the words. This process had a meditative affect that helped me connect more deeply with the story.

This was further developed later in this branch of the narrative, when the protagonist gazes into the pond and is forced to self reflect, using the meditative affect of the breath, and the afore-mentioned delay in words appearing –

Your reflection, shimmering on the water. Look at yourself.

Your green/blue/brown eyes look back.

Has it always been so difficult to meet your own gaze?

It’s always only been you.

I found this combination of breath and pacing to be a powerful technique for drawing me into the story. This was the part of Crossroads I enjoyed most of all.