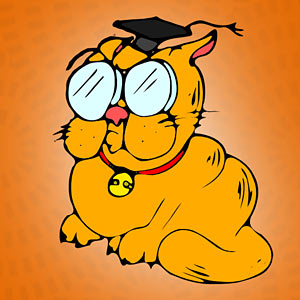 I’ve been playing more of the games from this year’s Spring Thing. (You too can play! And vote! And review, if you wish!)

Dr. Sourpuss Is Not A Choice-Based Game is a lightly puzzly piece about the destructive nature of standardized testing, the fact that a lot of challenges are really multiple-choice even if they look otherwise, how tests can encode racist standards, and how some things (such as sport) resist such handling — all bounced off the choice-vs.-parser debate. The game includes Twine-like portions mingled with other segments that involve other methods of problem solving, including typing at the very end. The About text suggests that the author means to stake out a position that will annoy people of all political stripes; perhaps I am reading badly, but I failed to be annoyed about its politics.

The design does require the player to revisit a number of text segments in order to explore thoroughly (and if you don’t explore thoroughly, you’re likely to miss some of the elements you need to make progress via the game’s inventory-combination system).

I also felt that some segments, though whimsical, didn’t help me understand the story or the author’s views any better, and I might have preferred a slightly leaner experience. That may reflect the fact that this isn’t my favorite genre, though. Tonally, this is a political cartoon at large scale — as implied by the cover art — one in which every character is a stand-in for some comically objectionable stance. For me, a little of that kind of rhetoric goes a long way, but other people’s mileage may vary.

I do, however, have to respect a lot of things about this piece. It demonstrates a strong sense of visual design; it deploys its mechanics in interesting ways throughout; the art is good; and I can hardly disagree with the idea that standardized testing is a terrible way to manage education or the development of people as people.

Three Card Trick (Chandler Groover; parser) concerns a magician trying to pull off a trick that will surpass and embarrass his rival. It’s a compact and effective horror story. The player’s actions are highly directed at every point, but there are stakes enough, and a sufficient illusion of freedom, to make it really satisfying.

In particular, there’s something compelling about the magic performance where the protagonist knows what is happening and how, but the player doesn’t, or isn’t certain. At the same time that the player is spinning things out for the audience by performing pre-specified moves, CMG is also spinning things out for the player, and that dual suspense-building works really well. In this regard it reminded me of, but I think is overall better-constructed than, The Act of Misdirection. I’m not really surprised: Groover has produced some of my favorite IF over the past year.

I don’t want to say much more than that about the plot: this piece is probably best experienced without too much spoiling.

5 thoughts on “Spring Thing 2016: Dr Sourpuss is Not A Choice-Based Game; Three-Card Trick”