Last year, I ran a little itch.io jam called Bring Out Your Dead, for which people could submit unfinished projects and weird concept experiments. And I started doing some write-ups at the time of the pieces that caught my attention, but in some kind of meta keeping with the jam, I didn’t finish and publish that project. So here are a few of the other things I was meaning to cover.

The Doorman, Emily Boegheim: “Proof of concept for an animate door.” The premise here, awesomely, is that there is a door that is also a person, and it will take commands, such as positioning itself in a new wall. From a gameplay perspective, that affords some changes not wildly different from, e.g., putting the player in an elevator that can open on different rooms, or the Carousel Room in Zork II, but there’s something pleasingly surreal about the idea. (The proof of concept does not prevent you from opening and closing the door without its permission, but I did feel I was being rather rude by doing this.) Things That Happen Behind Closed Airlocks, Kitty Mirror: though slightly buggy and erratic in spots, this is one of the few actually finishable games I ran into in BOYD. It sort of frames itself as interactive erotica, but there’s very little actual sex. The fantasy it really offers is that of being able to ruthlessly mock — and then ruthlessly carve to bits — a thoroughly obnoxious and self-satisfied man named Zeckery. The writing is snappy. I smirked.

Kulhwch, Nate Taylor: a puzzle Twine presented in rhyme, and one that mimics a parser game’s room description and inventory layout — meaning that every room description has to be one or more verses, followed by a maybe-rhyming-or-not description of which objects are present currently. (The puzzle is not too terribly difficult, and the main actions are hinted by the text.) There are a few other executions of a similar idea in IF history: Valentine Kopeltsev’s A Night Guest, XanMag’s Into the Dragon’s Den; at least one other whose name I’m currently forgetting.

I generally find that the author has struggled a bit to get the meter to work, and that’s true here as well. I think this may be one of those constraints that is particularly challenging for IF, because the need to mention only specific nouns, hint at possible actions, and faithfully depict a world space runs at odds with the kind of control required for rhyming verse. Still, I admit there’s something appealing about the idea, even if most of the executions I’ve seen have made me wince here and there. I think it’s partly that it foregrounds the difference between world model layer and discourse layer, and there’s some appeal in the idea that you might influence how the poetry worked by changing the underlying model to which it refers.

See also: Graham Nelson’s difficult to play but interesting The Tempest, the work of B Minus Seven, A. DeNiro’s Doggerland. Nick Montfort’s I Palindrome I meanwhile turns its constraint into the main point of its (very brief) gameplay. 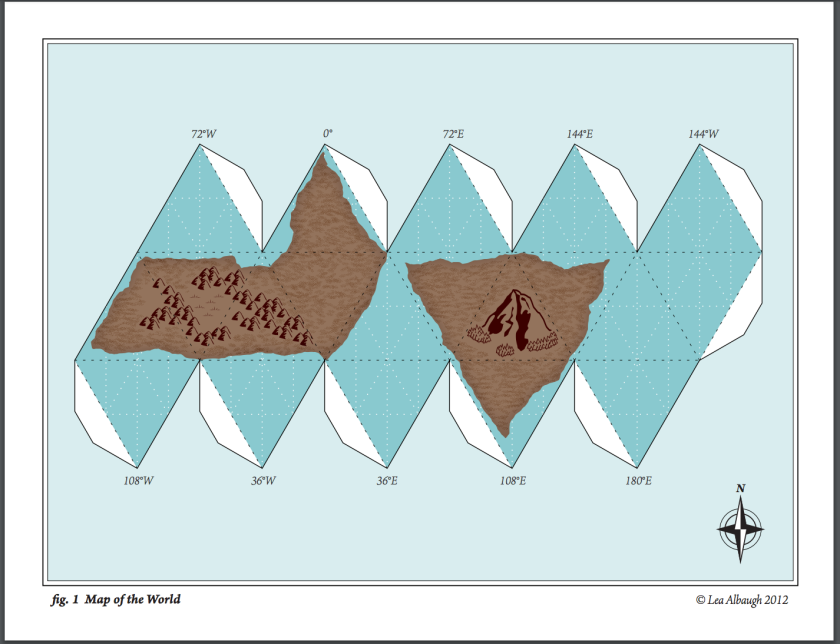 Form and Void, Lea Albaugh, comes with a really beautiful map, in multiple colors or black and white. The conceit is that you are a creator at the loose on a fresh planet, and you must first gather together various objects that let you access verbs (the Goer, the Taker, etc), then make things out of the mud you find at the shore.

I immediately, instinctively did what I think the game intended, namely to make a man; satisfyingly, the man started wandering around and doing things. But he also got hungry very quickly, so I had to make him a fish, and then another fish, and then another fish, and so on. This was exasperating, and I started to look for a Teacher object so that I could teach the man to fish for himself. When that failed, I tried giving him his own ball of mud so he could make his own fish. He was clueless about what to do with the mud, so I had to give him my Maker object. It went downhill from there.

The author notes for this game suggest that Lea thinks it needs more of a story. I think, actually, that it makes an amusing (if brief) arc more or less as it is: it’s less narrative than many another form of IF, but as a quick little parable about the risks of creating autonomous intelligence, not bad. The only thing I ran into trouble with was that I did some foolish things at the end and consequently reached a game-state I couldn’t get out of, without an actual ending.

I bet it would look cute in Vorple, too.

6 thoughts on “A few more corpses from BOYD”