Recently I’ve been trying to figure out what to do about a bad situation. I don’t see a solution that doesn’t violate some value I consider important. There are many possible things to do or refrain from doing, and I am concerned about the consequences of almost all of them. The stakes are pretty high. Outcomes affect quite a few people. It is hard to calculate the risks. People I love disagree with me about what the priorities are, and about who has a right or responsibility to do anything.

This is the kind of thing that makes moral choices hard in real life, in my experience. It’s not “kill puppy or save puppy.” Nor a Fate-style escalation, “poke puppy / kick puppy / make puppy ill / kill puppy” — though I realize that was partly philosophical thought experiment.

It’s not “there’s a very very painful, possibly heart-breaking, thing that you morally have to do.” I’ve been there, too, but while that situation might be miserable, it’s at least clear. There’s no A vs B. There is only option A, and what you have to do to get through A, and what you can salvage when A is over. Not a choice mechanic but a challenge mechanic.

It’s not “I have so many feelings about this that I don’t trust my own motives.” I do have feelings. I’ve also had quite a bit of processing time.

It’s not “I habitually do not behave as well as I want to behave, and I need to do the slow work to improve those habits: keep my temper, drop an addiction, work out more often, stop saying yes to projects I don’t have time for.”

This is something else. It’s a decision, but it’s a slow, complicated, multipart decision in which the possibilities all seem at least somewhat sickening, and not all the possible solutions are visible at the outset.

And I keep thinking: have I ever played a moral choice that felt like this? What would that even look like?

Recently, also, there has been a lot of talk about the infamous Google gender memo. Heaven knows the internet doesn’t need another take on that, and frequent readers of my blog can probably guess what I think about its contents.

But because all of this has been circulating, I read Yonatan Zunger’s response post and this line chimed with me:

Engineering is not the art of building devices; it’s the art of fixing problems.

And I thought: yes, because of how my brain is furnished, I’ve been trying to approach this moral problem as an engineer. I’ve been thinking about what needs to be fixed, and what the highest-priority fixes are, and what the consequences are if those fixes don’t happen, and how one might tactically approach each of them, and what open questions are left to be resolved. But I also know that even my best work on this is probably going to end with something unhappy.

I’ve been thinking about the principle of double effect, and about Catholic doctrines about how to approach the undesirable side effects of a moral action. I am not a Catholic, but alongside other things I don’t believe or don’t agree with, the Catholic tradition contains centuries of research into moral philosophy. 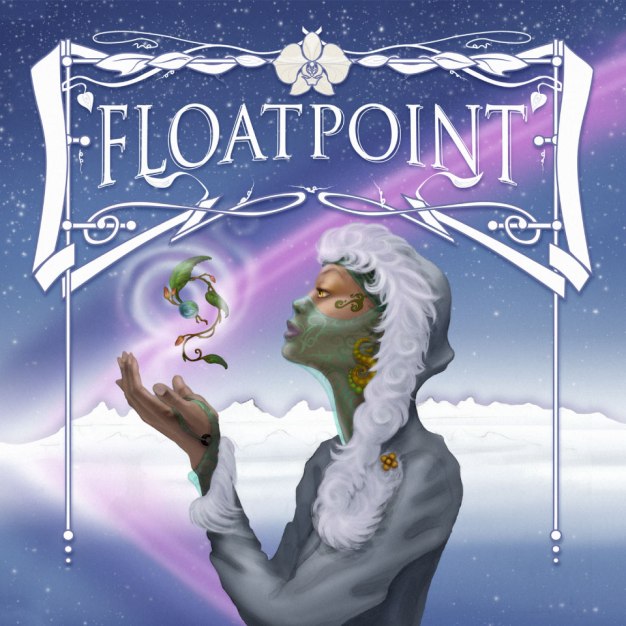 There’s one game I’ve written that tries to explode a single moral choice into a large space — though it’s generally considered one of my weaker serious pieces. Floatpoint is about the question of whether to rescue an advanced group of genetically altered and self-altering people by bringing them back to Earth, and if so, under what conditions. The colonists have been away from Earth for centuries, and are now so different from Earth-based humanity in both mores and physical form that their presence is likely to be disruptive and possibly dangerous. However, if left on their home planet, they will probably not survive. And they have some things of value to offer to humans as well.

One of my major goals with this was to allow the player to articulate a complex choice where they had to think about the components of the decision. So you’re constrained to a symbolic language when making a treaty at the end of the game, where physical objects can communicate concepts about whether you will or will not accept the colonists back on Earth but also what limits you’ll put on them when they get there. In addition, the design of the game tries to make sure that in order to get the physical objects needed to communicate any particular decision, you’ll have to encounter some more information about the nuances of that choice.

It’s… well, it’s trying to do morality and communication through the medium of a parser IF world model and medium-sized dry goods. It’s not terribly realistic, and arguably it doesn’t give nearly enough build-up to make the player feel the implications of those choices. I also didn’t really think about it in terms of making a mechanic out of the discernment process itself.

So what would a mechanic look like if it were trying to capture prioritization of principles, the study of stakes, the consideration of risks?

Sift. You start with dozens, hundreds, maybe even thousands of action choices. Before you pick, you select rules for yourself and watch the list of possibilities narrow, as though you were filtering AirBnb. “Only actions that won’t cause trouble for my friends.” “Only actions that will definitely remove my enemies.”

This feels distant and cerebral, though. You could make some point about how certain goals are mutually incompatible, but exploring the database to find that out feels like not much of a story.

Elaborate. You start with a single choice lurking at the bottom of the screen, a single idea about what to do next. It has a display suggesting probabilities and outcomes for that choice, but the display starts out pretty vague.

But you don’t have to click it immediately. You also have ways to interrogate or vary that choice. Use the MITIGATE RISK tool on your choice and it’ll spawn a second choice, safer but maybe less powerful. Use the RESEARCH tool and it’ll give you more precise information on your success odds, or suggest horrible new outcomes.

It’s easier (for me) to imagine how fiction could be attached to these actions, and how the result could feel something like a story, than with the first mechanic. What I don’t like so much about this one is that it is so purely focused on practicalities rather than principles; it seems to suggest that a perfect solution is available and that the process of arriving there is technocratic.

8 thoughts on “Moral Discernment as a Game Mechanic”