Ectocomp is a yearly competition for Halloween-themed IF. There are two subsections, one for games that were written in three hours or less, and one for authors who wanted to take longer. That three hour rule gives a sense of the casualness level of this competition: it’s kind of a mental break from the much heavier-duty, on-going IF Comp. Still, there’s quite a lot in this year’s competition — 16 entries in the speed-IF category, and 5 in the unlimited-time category.

A couple of highlights from the things I’ve had time to try so far: 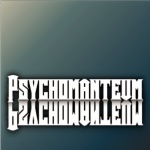 On a dare, you are forced to spend some time alone in a dark room with mirrors. Which should not be inherently horrible, right? Besides, you have matches, and a safeword. But I’ll say this: I wound up having the protagonist use the safeword the first time through, because I was pretty sure they were too freaked out to stay and see how much worse things were going to get. Then I went back and played it to the other ending. An unnerving experiential game. It’s not exactly puzzle-y, but the parser aspect of it works really well, because there were several points where I wasn’t sure whether to WAIT or try to take an action, and that ambiguity is spot-on for the content. If you can, play with the sound on: the soundtrack also helps a lot.

END_OF_DOCUMENT_TOKEN_TO_BE_REPLACED

In a previous post about narrative structuring, I promised a followup about stories based on card decks — not simply the card metaphor that Failbetter uses in StoryNexus, but actual physical decks, sometimes accompanied by rules.

I’ve covered a few narrative card games here before. Gloom is a popular card game about Gorey-esque horrible events, in which you accumulate misfortunes for your characters until at last they die; each event is named briefly on its card, like “attacked by ducks,” and it’s up to the player to describe how this fits into a larger sequence, if at all. Some players work harder on their narration than others.

Gloom has a number of expansions and spin-offs at this point, including a Cthulhu version and a fairytale recasting. There are also a few features in Gloom designed to encourage continuity, symbols on some event cards that determine whether later events can be played, but in general any chains of causality are invented by the players at game time, rather than baked into the rules or the behavior of the deck. And because Gloom is emulating a type of story in which one bad thing arbitrarily happens after another, there also is not much attempt to guarantee a well-paced story arc.

Once Upon a Time is light in both writing and mechanics: it’s a sort of trope toolkit that the players can use to stick together stories, so that your card might just say “Brave” and leave it up to you how the concept of bravery applied to a character in the story will enhance what is already going on. Or there are Story Cubes, which are dice with trope-y images on them. The line between game and brainstorming device is pretty thin here, though, and I wouldn’t accuse either Once Upon a Time or Story Cubes of actually being or having a story already in any meaningful sense.

Then there’s Dixit, which provides image prompts and it’s up to the player to find some way to describe what is happening in the image. The narrative content is pretty light here, though, and I’ve found that usually we become more engaged with the wordplay of it — what is an interesting, slightly misleading way of characterizing this picture? — than with anything of narrative merit. Perhaps a more successful and storyful version of the Dixit idea exists in Mysterium, which game reviewers Shut Up and Sit Down really liked, but I haven’t had a chance to play that yet. (It was available at Shut Up and Sit Down’s curated board game area at GDC, which was awesome, but I was there at the wrong time to get a try at it.)

Meanwhile, there are also aleatory traditions of literature to consider here: Marc Saporta’s Composition No. 1, a book in a box with unbound pages, to be read in any order; BS Johnson’s The Unfortunates, with chapters the reader may reorder. Nick Montfort and Zuzana Husárová have written about shuffle literature in more depth, including those works and several others.

So it is in light of those various traditions that I’m going to have a deeper look at two particular card narrative games that recently came my way: Jedediah Berry’s The Family Arcana, and the USC Game Innovation Lab’s Chrono Scouts.

END_OF_DOCUMENT_TOKEN_TO_BE_REPLACED

Fabricationist DeWit is not an IF Comp game, but something I stumbled across this month via Twitter. It is a lovely Twine about a fabricationist that wakes after (it is implied) apocalyptic climate change, and sets about restoring the world. I wasn’t previously familiar with the author, Jedediah Berry, but after playing the game I checked out his website and was not surprised to discover that he is an award-winning author of short stories and at least one novel.

It’s not just the writing that works here, though. Among Twine games that attempt a world model, this one offers an unusually strong sense of NPC presence. There is a character who accompanies or confronts you, challenges you on your actions, and comments on what is going on. The story as a whole is about the movement from loneliness to connection, from ignorance to understanding. The interaction recapitulates this; your environment becomes more populated, your actions stop being purely functional interactions with machines and become dialogue and social gestures.

The effect is enhanced with music and sound effects, and with beautiful backgrounds to each screen, which seem meaningful in ways you can’t put your finger on — until, eventually, you can.