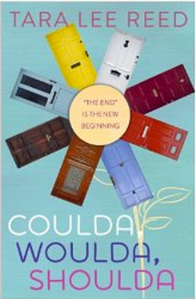 is a CYOA-style dating novel that initially appears to be a little in the vein of Night of a Thousand Boyfriends or the Date Him, Dump Him series. You’re a twenty-something San Francisco-dwelling PR flak (though we only occasionally see the slightest indication of what you do for a day job) with a couple of sassy gal pals and one obligatory gay friend. You go out for a night on the town and meet a wealthy, jaw-chiseled guy named Nick. What now?

The result is a story that runs fairly long for physical book CYOA — over 330 nodes, most of them at least a couple of pages of narration — and if your relationship runs a substantial course, it might include a hundred of those nodes.

ETA: Since my original post, the book’s title has been updated to “Love Him Not,” which hopefully does not cause too much confusion. As far as I can tell, the book’s contents are essentially the same.

The author mentions that one of her inspirations for the novel was reading dating self-help books, and it soon becomes evident that that’s true. This isn’t a story about which guy to date (only Nick is ever a serious option) or about the particular travails of particular people (the main characters really could not be more stereotypical). It’s a story about how you negotiate the etiquette of dating.

Nick isn’t a fleshed out character in his own right so much as a one-man bestiary of Dating Advice Problem Guys: the guy who doesn’t call you back, the guy who only wants you for sex, the guy who’s rude to waitstaff, the guy who’s suspiciously close to his ex, the guy who is intentionally vague about whether you’re his “girlfriend” or not, the guy who waits until months or years into the relationship to mention he is anti-marriage. The workaholic. The slob. The guy who’d rather be out with his buddies than with you. What you choose to do about these determines whether these are dumpable offenses or whether it’s just a false alarm. And the really serious forms of problem date/partner — the date rapist, the physical or emotional abuser, the addict, the thief, the deadbeat dad — are not pictured here, possibly because the tone of the book is resolutely chipper. (Though I suspect that anyone who is so gratuitously unpleasant to minimum-wage workers would probably turn out to be a very bad partner as well.) There are mentions of STDs but only as a concept; there’s a pregnancy scare but it turns out to be a false alarm.

Meanwhile, the decisions you make are almost all reducible (more or less) to the sort of questions that appear in dating manuals: have sex right away, or wait until later? call him, or wait for him to call you? press for a commitment, or hold off on asking for one? lie to him to keep him comfortable, or confront him with difficult truths? And for the most part the results of these choices rigorously reinforce certain standard tropes about how to date: if you have sex before the third date or so, he’ll never speak to you again. If you phone him rather than waiting for him to call you, he’ll dump you, or just do a slow fade. If you call him out for being rude to a bartender, you’ll break up. Tell him you love him before he says the words, and he’ll dump you.

It’s difficult to see without zooming in, but I’ve coded the chart accordingly: red/blue lines for early sex and availability vs. holding off; green/pink lines for lying vs telling the truth; orange/purple for being a doormat vs standing up for yourself; yellow/cyan for pushing for commitment vs not pushing. Red/blue is critical towards the beginning of the story, while yellow/cyan comes up repeatedly until it dominates the endgame.

The nodes are colored similarly. All of the yellow endings are ends in which he fades on you or declines to be committed; red are ones where you have sex too early to get anywhere; the relatively rare cyans are those in which it is your character’s suspicion and jealousy that unjustly break you up. The two tiny pinks at the bottom are the two endings in which you get hitched — the only Happily Ever Afters available (more about that in a minute). It’s understood that your character wants the full marriage and children package and will not be happy without it. The overwhelming prevalence of yellow indicates one of the book’s main themes: Nick doesn’t want to be pinned down. Nick wants you to wait and see, and do things on his schedule.

Very occasionally, there is more nuance here than that suggests. Sometimes standing up for yourself is the obviously right thing to do, and at other times your character has the opportunity to be unreasonable or over-demanding. And a handful of the decisions are a bit more complex, though as with many of the tween romances Sam Ashwell has reviewed, it’s basically always a good idea to side with your friends if a conflict arises between them and your boyfriend.

But perhaps the most telling aspect of the structure is this:

Those two pink nodes are the two possible marriage endings. And the only way to reach them is by taking green-arrow actions — lying to Nick. In both cases, they’re pretty elaborate, rom-com level lies, too: in one you pretend that you’re considering moving to Ireland, and in the other you feint at buying a condo for yourself. Only then does he realize that he can’t live without you, discover (but forgive) your deceptions, and produce the diamond of your dreams. And you also only get there if you’ve managed to dodge ever discovering that he doesn’t want children, which would otherwise be a dealbreaker.

Maybe we’re supposed to assume that he’s going to change his mind after marriage, but maybe not.

I think the real moral here is meant to be that these two outcomes aren’t really happy endings. They’re endings based in massive self-deception (and other-deception, for that matter). I think we’re meant to understand that the real happy ending is the kind where you end things early and dodge the bullet. You shouldn’t wait for Nick. You should dump him as soon as the book gives you a chance.